The African National Congress (ANC) is deeply saddened by the passing on of Comrade Mario Masuku, a stalwart of the movement, the former President of the People’s United Democratic Movement (PUDEMO) and the leader of the people of Swaziland.

Mario Thembela Masuku was born in 1951 in a village at the Southern tip of Swaziland called Makhosini. Makhosini is literally a kilometer away from the border line that separates eSwatini and South Africa. He did his primary education in the said village and his high school at Evelyn Baring High school.

It was because of the events of the late 1970s and early 1980s that led Cde Mario to be actively involved in the underground MK operations in Swaziland. The then king had signed the notorious Pretoria Accord in the early 80s which forced the ANC to close its bases in Swaziland and saw an unprecedented increase in the number of cross border raids by apartheid security agents, assisted by Swaziland security forces. These activities saw a rise in killings of MK operatives in Swaziland. It was Cde Joe Slovo, Mzala Nxumalo, Ronnie Kasrils and Chris Hani amongst others who encouraged Cde Mario and the other Swazi MK operatives smugglers to form a local political party that will help harness the uncoordinated struggles of the Swazi people who were at the time fighting against the illegal removal of the reigning Queen Dzeliwe Shongwe, following the death of King Sobhuza 2.

It was in July 6 1983 at the banks of Usuthu river in Mawelawela that Cde Mario Masuku and a group of relatively young men and women gathered to form the People’s United Democratic Movement (PUDEMO).

Comrade Mario Masuku was then elected the first President of Pudemo and led it for 32 years, earning him a title of “Life President”.

It was soon after the 6th July, 1983 that Cde Mario and his comrades began to criss cross the country mobilising Swazis and urging them to form trade union organisations and other community based movements. These activities didn’t go unnoticed as the autocratic regime soon arrested Cde Mario and his PUDEMO comrades and placed them in prison under the then notorious 60 days detention without trial, which was renewed a number of times before they were released.

The developments in South Africa inspired Cde Mario Masuku and PUDEMO to boldly and openly challenge the regime. It was this bravery that saw Cde Mario Masuku and other PUDEMO leaders arrested in 1989/90 and tried for treason in the infamous Treason Trial case. All the accused were acquitted in 1991 and PUDEMO convened a Congress in Soweto in South Africa where it took a decision to unban itself.

Cde Mario Masuku having been elected the founding President of PUDEMO and retained in successive congresses became the primary target of the Tinkhundla regime in Swaziland. He was arrested on numerous times on charges of Sedition and Suppression of Terrorism since 1994. He was to spend a combined time of 7 years in Swaziland jails.

Comrade Masuku struggled against the 1973 decree in favour of a proper Constitution for the people of Swaziland.

He remained forever committed to peaceful resolution of conflicts and favoured negotiations as a path towards the freedoms of the people of Swaziland.

He worked with a number of organizations in and outside South Africa as part of his work to garner solidarity for the people of Swaziland.

He understood that our two countries are inextricably interwoven and share common history and struggles.

On the occasion of his death, the African National Congress dip its revolutionary banner in his honour and will continue its solidarity with the people of Swaziland as they seek to find each other in the project to live together in harmony by democratising their country.

@MYANC will honour and celebrate freedom fighter and mother of our nation Mama Winfred “Winnie” Madikizela- Mandela on the occasion to Mark her 86th Birthday on Monday the 26th of September 2022 as follows: https://t.co/1VLIQ2cJ7B 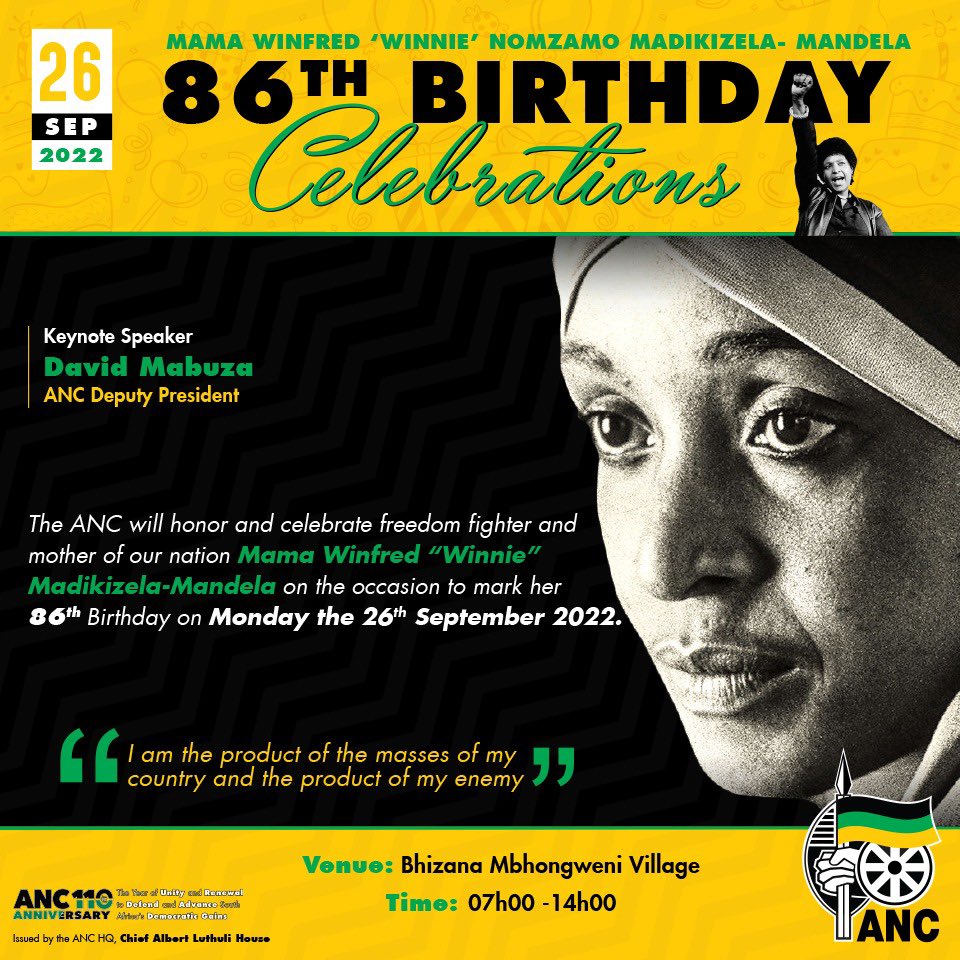 @MYANC will honour and celebrate freedom fighter and mother of our nation Mama Winfred “Winnie” Madikizela Mandela on the occasion marking her 86th Birthday on Monday the 26th of September 2022. https://t.co/8mheMmBc0z 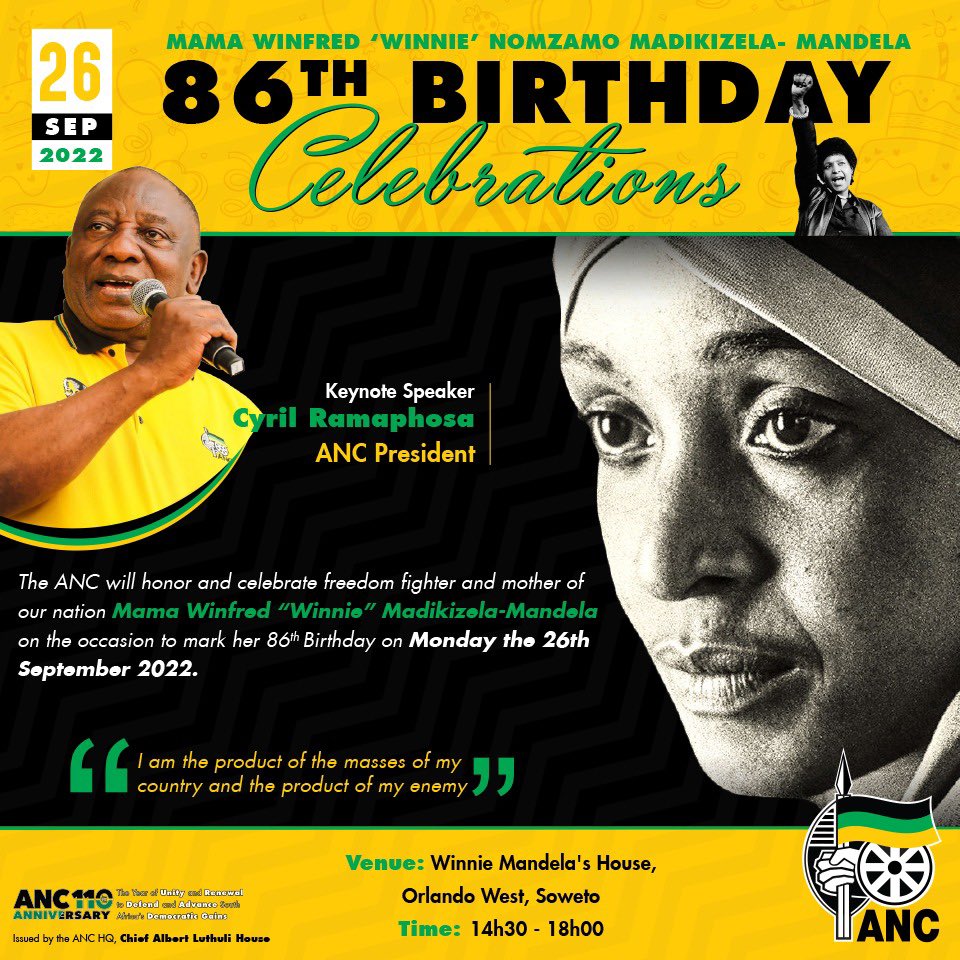